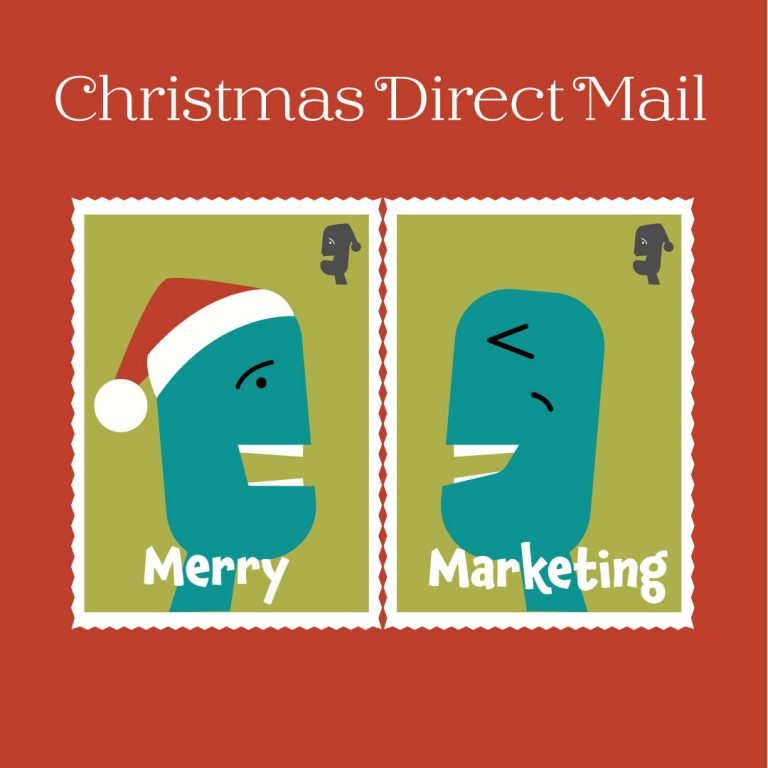 Christmas cards! Every company feels obliged to send them. You’re a business, it’s the season of goodwill, you have to send some nice “Merry Xmas” message to your clients to make sure they know you appreciate them. It’s the done thing right?

But hardly anyone puts any real thought into them. After all, it’s just a Christmas Card.

Think of it as a Christmas direct marketing piece rather than a card. An addressed piece of mail that will land on your customer’s desk and guess what – it will probably get opened!

You could probably just stick a logo on a nice snowy scene but with a little bit more thought and creativity, you can make that card work for your business. So what could you do?

Click here if you want to skip straight to the answer.

Okay, I get it, the run up to Christmas is a very busy time of the year. Everyone is focused on making sales, getting their Christmas promotions up and running, getting everything out before the Christmas break.

Creating a Christmas card is getting in the way of doing other things.

The easiest thing to do is to go out, buy a stack of ubiquitous cards from a charity, get everyone in the company to sign them and send them out.

What happens? That card ends up in the bin. Who benefits? No one (except the charity.) 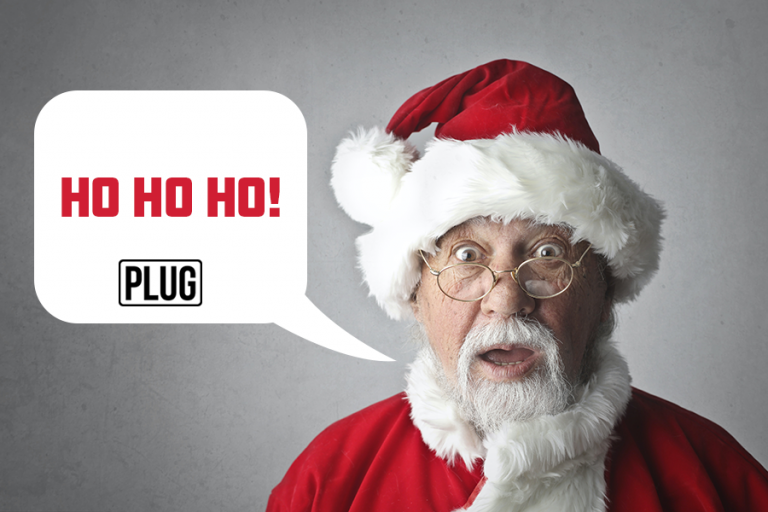 A step from a charity card is to buy a stock image and drop your logo on it. Simple and it get the job done, your client knows who the card is from but it hardly going to feel all warm and fuzzy inside after they open it.

It is not a Christmas direct marketing piece, there’s no surprise and delight.

This is always a good one, “I know, we’ll not send a Christmas card at all this year. We’ll send everybody an email and tell them, instead of spending money on producing a crappy Christmas Card, we’re going to donate all that money to charity.”

“Plus, we’re helping save the planet by saving on paper. Woo hoo! We’re the good guys.”

Well guess what – that lands straight in the digital bin too.

If you have an advertising agency, it makes sense to brief them – that’s what they are good at.

And yes, a lot of briefs for Christmas cards will be pumped out by agencies. The client’s brief to the agency is, “We need a Christmas Card and we need it yesterday. And by the way, there’s no money.”

With no money and no time, the brief is given to the most junior creative team in the agency (been there, done that.)

They come up with a bunch of crazy ideas – which all end up in the Creative Director’s bin.

Panic sets in, so they give the brief to a designer in the studio. The designer delivers a beautiful branded card.

Looks nice, says nothing – and still ends up in the recipient’s bin which is getting very full by now.

Get your FREE 5-step guide to writing better copy. 5 steps you can take to immediately improve the quality of your content. 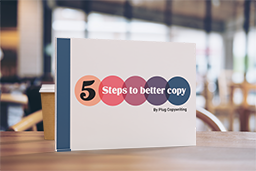 Rolling out the big guns

When an advertising agency puts its mind to it they can create awesome cards, but the truth is, like most businesses, it’s an afterthought.  Come on, they have a million other Christmas Cards to do, another one is just a headache.

What happens, a week before the Christmas party, the Executive Creative Director of the agency gives everyone of his creative teams the Christmas card brief. “I need a concept by Friday,” he yells.

It’s an in-house brief that no one wants because: –

Everyone puts it on the back burner until Friday. The Creative Director looks like he’s in a shitty mood, so the teams think, “Wow, better put some serious thinking into that brief. Ten minutes later they have a concept. They drop it onto the CD’s desk and go out for a boozy lunch – after all, it’s Christmas.

The result. The card is still naff but it looks pretty and has a jokey line. The agency clients are nonplussed but they are not expecting to be overwhelmed – it’s just a Christmas card right?

Why should you put more thought into your company Christmas card?

Great cards are sales tools for your business.

Think of it as a direct marketing piece, not a Christmas Card. Ask yourself what response do you want to get?

You can wish someone ‘Merry Christmas’ over the phone. If you go to the trouble of producing a marketing piece, you want it to work for you.

Of course, it has to be relevant to the festive mood but if it builds your business, even better.

Most Christmas Cards are just that, Christmas cards with no marketing goal so the bar to stand out above the crowd is very low.

Think about it, for a direct marketing piece, the conditions are fantastic.

You are in a good place to knock the ball out the park.

Advertising agencies can be extremely good at creating directing marketing materials and can turn Christmas cards into Christmas messages with a purpose. For an agency it is an opportunity to demonstrate their creativity.

Warm wishes from a melted snowman 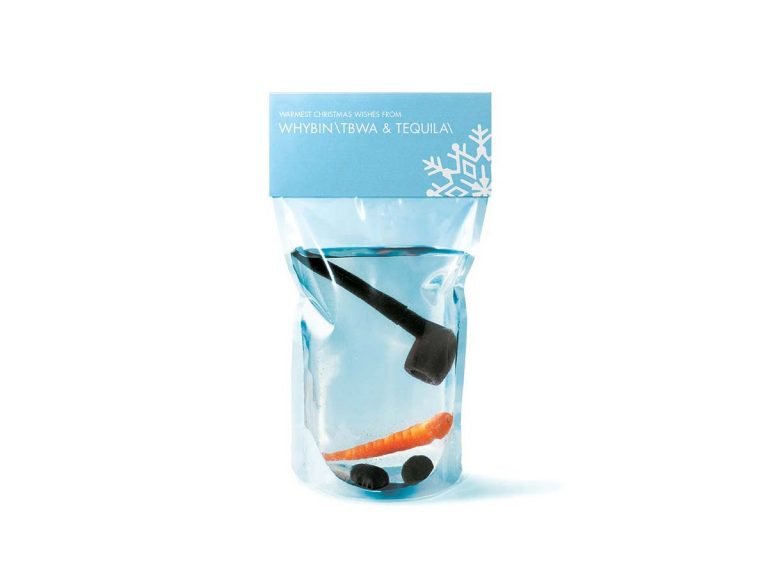 I was lucky enough to work on this Christmas card for Shine/TBWA. I was teamed up with a very talented Art Director, Kenton Osmond working for an exceptional ECD, Wayne Pick. His commitment to getting good ideas made ensured it overcame every hurdle to get produced.

The melted snowman idea hit the spot. (It is summer here in New Zealand in December). It was sent out to clients and suppliers but was picked up by newspapers, radio and TV stations. A huge amount of free publicity for the agency, a ROI of over 1,100% on agency costs.

A Christmas card for a law firm

They could have just gone with logo Bernstein, Harold & Merriweather or whatever they were called, over a crackling fire but they didn’t. A bit of thought and creativity for the nativity and you have a card that is simple and relevant and makes the lawyers much more approachable. 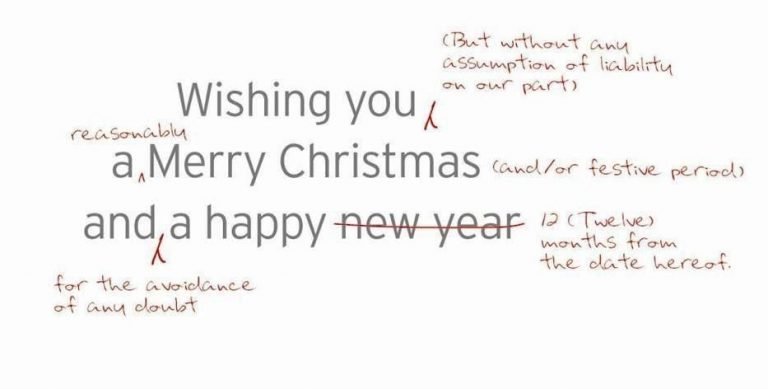 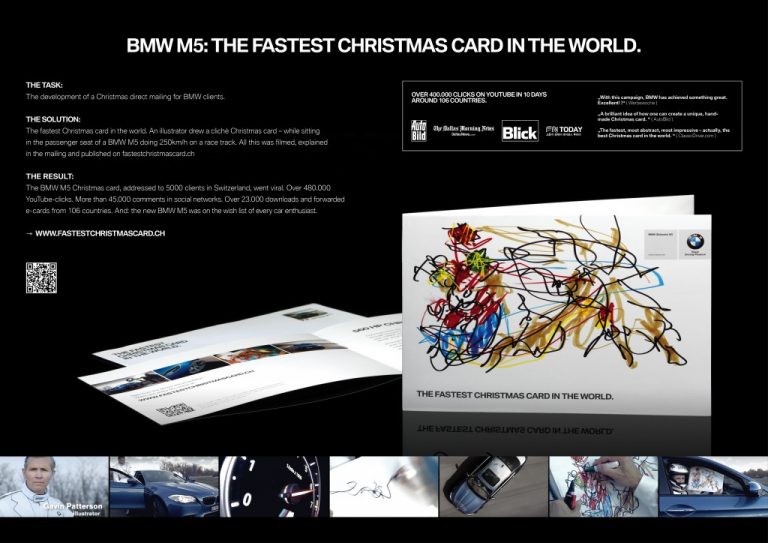 BMW used the opportunity to promote their new M5 car. The card was drawn by the passenger while the car was doing 250 km/h on a racetrack.

A Christmas card with a story. They filmed it, sent it out and posted it on social media.

This attracted a huge number of comments, clicks on YouTube, bringing the M5 to the attention of thousands of people who would never has seen it.

A Christmas card is a direct marketing opportunity for your company.

So, in eleven months from now, start thinking about what you want to achieve with your card.

Like any direct marketing piece, you are having a one-to-one conversation. Ask yourself what you’d like to get out of it.

Steve Girdlestone is a freelance copywriter and content created available for hire if you need help with your copy projects.